Else Guthrie is Professor of Psychological Medicine, Leeds Institute of Health Sciences, and Honorary Consultant Psychiatrist at Leeds and York Partnership Foundation Trust, Leeds UK. She was formerly based in Manchester, where she ran a busy CL service for over 20 years. She is a former Chair of the Faculty of Liaison Psychiatry, Royal College of Psychiatrists and a current executive board member of EAPM. She has written/co-edited several textbooks on liaison psychiatry and ran an Advanced Course in Liaison Psychiatry in Manchester for 25 years. Her main areas of research include: self-harm; treatment interventions in CL Psychiatry; and depression in chronic physical illness.

She has published over 100 peer reviewed scientific papers and current research programmes/trials include: a study of CL services in the UK; an RCT of antidepressant treatment in IBS; an RCT of antidepressant treatment in symptomatic IBD patients that are in remission; and a trial of psychological treatment in people with multiple self-harm. She has a particular interest in psychodynamic -interpersonal therapy and has been involved in researching and training this model for many years.

Professor Tack’s scientific interest focuses on Neurogastroenterology and Motility, and includes the pathophysiology and management of gastrointestinal functional and motor disorders such as gastroesophageal reflux disease, functional dyspepsia, gastroparesis, chronic constipation and the irritable bowel syndrome. With an h-index of 84, he has published more than 740 peer-reviewed articles in the international literature, with over 29000 citations, and he contributed more than 45 book chapters on various aspects of scientific and clinical gastroenterology.

Lukas Van Oudenhove graduated as a Medical Doctor at the KU Leuven, Belgium, in 2001. During his specialist training in psychiatry at the Onze-Lieve-Vrouw Hospital Aalst and at the University Hospitals Leuven, he was granted a PhD-fellowship of the Research Foundation – Flanders. This allowed him to perform doctoral research from October 2004 until the end of his psychiatry training in September 2008, resulting in the successful defense of his doctoral thesis ‘Psychobiological mechanisms in functional dyspepsia. Converging evidence from psychophysiology & functional brain imaging?’ at the KU Leuven on September 30th 2008.

From 2009 until 2012, he worked as a postdoctoral fellow of the Research Foundation – Flanders at the Translational Research Center for Gastrointestinal Diseases (TARGID) of the KU Leuven, on a project titled ‘Role of psychological factors and central neurotransmitter systems in visceral pain in health and functional gastrointestinal disorders’.

In October 2012, he was appointed assistant research professor funded by the KU Leuven Special Research Fund, which allowed him to establish his own group within TARGID, the Laboratory for Brain-Gut Axis Studies (LaBGAS). The highly collaborative research lines of his group cover various aspects of gut-brain interactions, including psychobiological mechanisms underlying gastrointestinal symptom perception as well as the control of appetite and food intake in health and disease and, most recently, the influence of (subliminal) gut-brain signals on psychological processes and their neural basis. His research has been internationally authoritative, as reflected by more than 120 peer-reviewed publications and numerous invited and abstract presentations at international scientific meetings. He also won several international research awards: a Young Scholar Award and MacLean Scholar Award from the American Psychosomatic Society in 2006 & 2010, respectively, a Young Investigator Award from the Functional Brain-Gut Research Group in 2008 and a Fellow Abstract Prize from the American Gastroenterological Association in 2009.

Her multidisciplinary research focusses on medically unexplained symptoms. Her research group studies the etiology of medically unexplained symptoms in epidemiological cohorts, as well as treatment of these symptoms using eHealth solutions. Prof Rosmalen is or was involved in the supervision of 25 PhD-students, has published over 150 scientific papers and was cited more than 2500 times.

Dr. Lineke Tak is a psychiatrist and head of the Specialty Center for Medically Unexplained Symptoms & Somatic Symptom Disorders at institute for mental health care Dimence, Deventer, the Netherlands. She is also founder of the website www.SOLK.nl (in Dutch language) for scientific news and book reviews about medically unexplained symptoms and syndromes.

Prof. Karl Heinz Ladwig is Research-Professor of Psychosomatic Medicine at the Medical Faculty of the Technical University of Munich (TUM). He is also head of the Mental Health Epidemiology Unit of the Institute of Epidemiology at the German Research Centre for Environmental Health (HMGU). His major research topics comprise mental health related stress research including molecular and biological concepts.

Based on clinical experience and research on stress-induced sequel of behaviour in cardiac patients, more than twenty years ago, Ladwig’s group broke new ground by introducing the “post infarction depression” as a promising psychological phenotype in cardiology. Since then, his research has contributed to the prognostic impact on case fatality and morbidity, quality of life in survivors of sudden cardiac death, cortisol responses in stress reactivity in patients with ventricular arrhythmias, covariates of intra-cardiac pain perception and gender differences in symptom reporting. Currently, he coordinates a first comprehensive position paper on psycho-cardiology for the European Association Preventive Cardiology (EAPC).

Prof. Ladwig is member of the brain academy of the German Center for Diabetes Research (DZD) with research on possible psycho-biological pathways of sustained mental stress as risk factor for the onset of Type 2 Diabetes Mellitus. Focus is on the interaction with markers of inflammation, autonomic hyperregulation and endocrine malfunction. Recently, his group investigated the impact of sleep disorder and its interaction with impaired glucose metabolism on brain morphology and revealed significant effects on reduced grey matter volume.

Ulrik Fredrik Malt is emeritus professor of psychiatry and psychosomatic medicine at the University of Oslo and was head of the Department of Psychosomatic medicine, Oslo University hospital – Rikshospitalet, from 1987-2014. He has been president of the Scandinavian College of Neuropsychopharmacology and vice-chairman, section of Pharmacotherapy, World Psychiatric Association.

He was part of the leader trio of the EU-funded research project “European Consultation-Liaison Psychiatry and Psychosomatic Workgroup (EACLPP”). He has authored and co-authored papers and book chapters about psychiatric and psychological aspects of most major disease groups including physical trauma.

Britta S. Bürker is a psychiatrist with extensive clinical experience in pharmacotherapy of patients with psychosomatic illness and co-morbid mental and somatic disorders. Furthermore, she is involved in research focusing on neuropsychiatric consequences of heart transplantation. 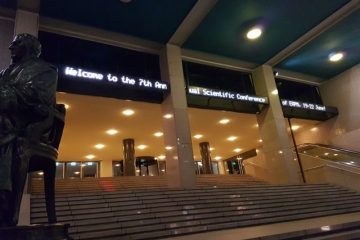 Pictures of the EAPM 2019 Rotterdam Conference 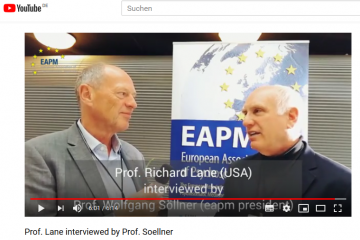 View some impressions from the EAPM Conference Rotterdam 2019 and learn more about EAPM, the conference, psychosomatic symptoms and functional disorders and more. Listen to Prof. Judith Rosmalen from the Netherlands and now member of Read more…