Albert Leentjens is the winner of the Frits Huyse Award 2023

Albert Leentjens is the winner of the Frits Huyse Award 2023. Congratulations! 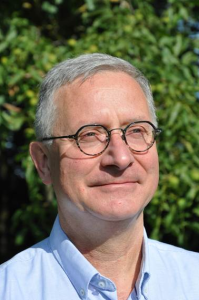 Since his specialist registration in 1996 he works as a psychiatrist at the MUMC. Until 2002 he was in charge of the CL psychiatric service, but later changed over to neuropsychiatry, where his main clinical and research focus is on the psychopathology of movement disorders and on psychiatric deep brain stimulation (DBS). Currently he leads the neuropsychiatry and old age psychiatry clinics and is in charge of the psychiatric DBS programme at the MUMC. He teaches on these subjects at Medical and Psychological faculties of Maastricht University and is trainer of old age psychiatry for psychiatric residents. He published more than 190 articles in peer-reviewed journals, as well as 47 book chapters and (co-)edited 8 books in the field of CL psychiatry, integrated care, neuropsychiatry and DBS.

From 2001 to 2009 he was the chair of the Section of consultation Psychiatry of the Netherlands’ Psychiatric Association. From 2005 to 2010 he was president of the ‘European Association of Consultation-Liaison Psychiatry and Psychosomatics’ (EACLPP), and stayed on as board member until 2017, during and after the merger of the EACLPP with the European Conference on Psychosomatic Research (ECPR) to form the European Association for Psychosomatic Medicine (EAPM). He was co-founder and vice-chair (2007 – 2009) of the Section of Consultation Psychiatry of the European Psychiatric Association (EPA). After having been associate editor of the Journal of Psychosomatic Research, the journal associated with the EAPM, for 6 years, he was editor in chief of the journal from 2011 to 2017, and is still attached to the editorial board as regular member. In 2022 he received the EAPM fellowship award.

At the 2023 EAPM Conference in Wroclaw Prof. Leentjens will give a lecture ‘Will the biopsychosocial model survive in the age of artificial intelligence and machine learning…?’

” LOOKING ACROSS THE BRIDGE – DIALOGES BETWEEN PROFESSIONALS “ 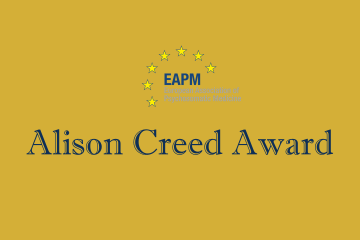 Fiammetta Cosci is the winner of the Alison Creed Award 2023

Thank you for helping us to promote our EAPM 2023 Wroclaw Conference! Below you find some promotion material. Easiest way is to use the PROMOTION KIT. Here you get the EAPM 2023 PROMOTION KIT as Read more… 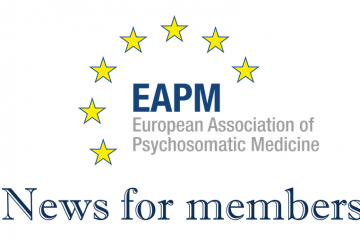