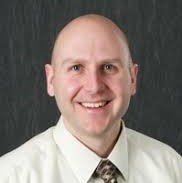 This quarter’s Editor’s Choice article tackles the relationships between work stress, depression, inflammation and risk of coronary heart disease (CHD).  Prospective study is required to tease out these complex relationships.  The selected paper, an analysis of the Whitehall II study, can be found in this December 2021 issue of Journal Psychosomatic Research (1).  The first author, Stefan Piantella, a PhD student in psychology supervised by senior author Brad Wright at La Trobe University in Victoria, Australia, provides a concise summary of the paper:

To our knowledge, this study is the first to assess the concurrent and prospective relationships between workplace stress, depression symptomology, markers of inflammation and coronary heart disease (CHD) incidence. The study assessed 8,348 participants across three phases (5 years apart) from the Whitehall II cohort study consisting of predominantly older (>55 years), white-collar workers. The proposed stress-inflammation-depression-CHD pathway was empirically supported, and depression symptomology was found to mediate the relationship between workplace stress and CHD incidence in the sample, Further, individuals with higher depression symptoms or fibrinogen levels in earlier phases were more likely to experience a first-time coronary event.

The primary results are best summarized in its Figure 2, which is provided below to accompany description of the modeling.  The authors utilized data from Phase 5 (P5, ~1998), Phase 7 (P7, ~2003), and Phase 9 (PD, ~2008) of the Whitehall II cohort for the analysis.  The authors were interested in whether changes in job strain, inflammation, and depression between Phase 5 and 7 predicted incident CHD between Phase 7 and 9.  Changes in the predictors of interest were modeled by including the Phase 5 values as a covariate in models with Phase 7 variables as the exposures of interest.  Their proposed theoretical pathway was tested using structural equation modeling, adjusting for age, gender, body mass index, and smoking.

As shown in the figure, job strain was significantly associated with depression.  All three variables (job strain, inflammation, and depression) were associated with CHD.  As modeled, depression mediated the relation between job strain and CHD.  While the job strain à depression à CHD directionality has some face validity, it is important to recognize that the predominant directions in these relationships were assumed by the theoretical model and not directed tested in say cross-lagged models.  This sample was also used for its convenience to test this hypothesis and the time between P5, P7, and P9 may not necessarily capture the optimal exposure time windows. Infrequent of measurement of some dynamic constructs may lead to measurement error, although presumably this would bias toward the null hypothesis.

I have had a particular interest in the interrelationships between mood, inflammation and CHD.  While depression and inflammation could conceivably have been transposed in the model, based grossly on the presented correlations between variables at either time point, depression and the three markers of inflammation did not show a particular directionality.  They were also not significantly associated to each other in the structural equation model.  In addition to evidence for bidirectional relationships, there is some evidence, particularly from samples with bipolar disorder that the associations between mood disorders and inflammation may have at least some dependence on mood state (2, 3).  Personally, I would be eager to see submissions to the Journal of Psychosomatic Research that delve into remaining mood-inflammation questions and tease out temporal relations, inform exposure windows for future study, and weigh in on state dependence.

Robert Carney and Kenneth Freedland of Washington University in St. Louis presented a thoughtful editorial in response to the article (4).  In addition to noting the potential bidirectional relationship between inflammation and depression, they commented on the lack of prior evidence of inflammation mediating the effects of depression on CHD, which is consistent with the results of Piantella et al.  They also commented on how depression was measured using the General Health Questionnaire, which does not include measures of somatic symptoms of depression.  These somatic symptoms have been more consistently associated with CHD outcomes than cognitive symptoms of depression.  This too could bias toward the null hypothesis and lead to an underestimate of the true associations.  Their editorial goes on to discuss the relevance of depressive symptom profiles, mechanisms besides inflammation that might mediate the effects of depression on CHD, and ideas for future study.  Both articles are worth reading and if this Editor’s Choice essay has piqued your interest, I encourage you to explore them in more detail.

” LOOKING ACROSS THE BRIDGE “ 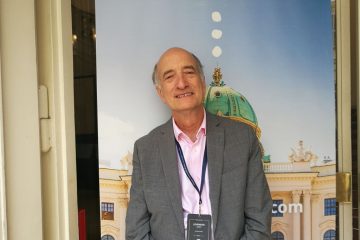 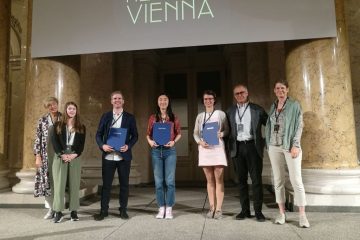 At the EAPM 2022 Vienna conference we had a poster exhibition with around 200 posters. On Thursday and Friday poster sessions were held. The award committee selected three posters that were honoured with the EAPM Read more… 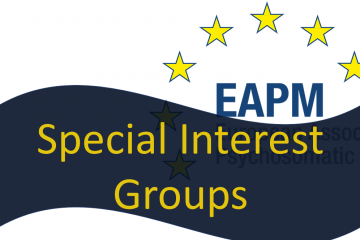